A downloadable game for Windows

Emma's Secret Mission is a simple platfomer I made for my 3 year old daughter, Emma. She has seen me playing games and always wants to join in. But handling a controller and such is tough for a 3 year old and I don't have a lot of games that are friendly enough for her to learn on.

That brings us to this game. It's really meant to do two things:

Emma has been playing the game at just about every update. Sitting on my lap at my workstation and telling me the stuff she likes, making sound effects for her own jumps, and dutifully drawing her own maps in the map editor.

If you have a young child who's in a similar spot, I'd recommend picking up some game making software and working on something with them! As a second option though, maybe Emma's Secret Mission will suffice for point 1 at least. You can always use the map editor I did Tiled Map Editor to create your own maps in Emma's Secret Mission as well. They can be loaded from the Debug Menu

Creating your own maps

6) repeat step 5 but for start

Open an existing map in the Tiled Editor and `Save As` to a new name, then edit to your hearts content!

Let me know if you guys try this and have any issues! 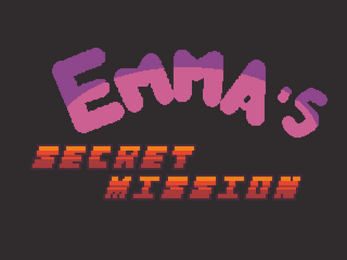